1.1 History and Development of the Parish

Wingrave with Rowsham contains two historic villages to the north of Aylesbury on the edge of the Quainton-Wing Area of Attractive Landscape with panoramic views towards the Chiltern escarpment. The villages were originally dominated by agriculture and have grown substantially since the Second World War.

Wingrave is a village of ancient origins located five miles to the north east of Aylesbury and lying to the south of the A418. Wingrave certainly existed at the time of the Norman Conquest and the village church dates from the 12th century. Rowsham also has ancient roots, being listed in the manorial rolls of 1170. It is located slightly closer to Aylesbury than Wingrave on the A418. Rowsham is a cluster of farmsteads located above the flood plain with a small residential development located on the east side of the A418.

The Parish has a vibrant community with good amenities in Wingrave, which has a small local shop with a post office, a primary school, community centre, two churches, sports fields, a public house and a garage.

For much of its history Wingrave with Rowsham had a population of between 600 and 900 people. In recent decades this has expanded substantially and now totals an estimated 1,780 residents in the two villages. The population has grown some 45% since 1981.

Over the same period housing stock has expanded from 419 to 658 dwellings with the majority of development in Wingrave along Winslow Road and on some infill sites in both villages.

Business development in the Parish has been limited to two small business parks at Upper Wingbury Courtyard to the north of Wingrave and at Manor Farm Courtyard in Rowsham which together house 30 operations and employ over 120 people.  There are also small traders such as plumbers, electricians, builders and gardeners based in the Parish, as well as homeworkers and the shop, pub and garage businesses that serve the local community.  The villages are surrounded by land used for arable farming and grazing for sheep and cows.

Traffic congestion has increased in Wingrave due to more on street parking and the use of the roads through the village for access from the A418 towards the A41 at Tring and the A505 south of Leighton Buzzard. There has also been a substantial increase in traffic flow along the A 418 between Aylesbury and Wing, which runs through Rowsham. 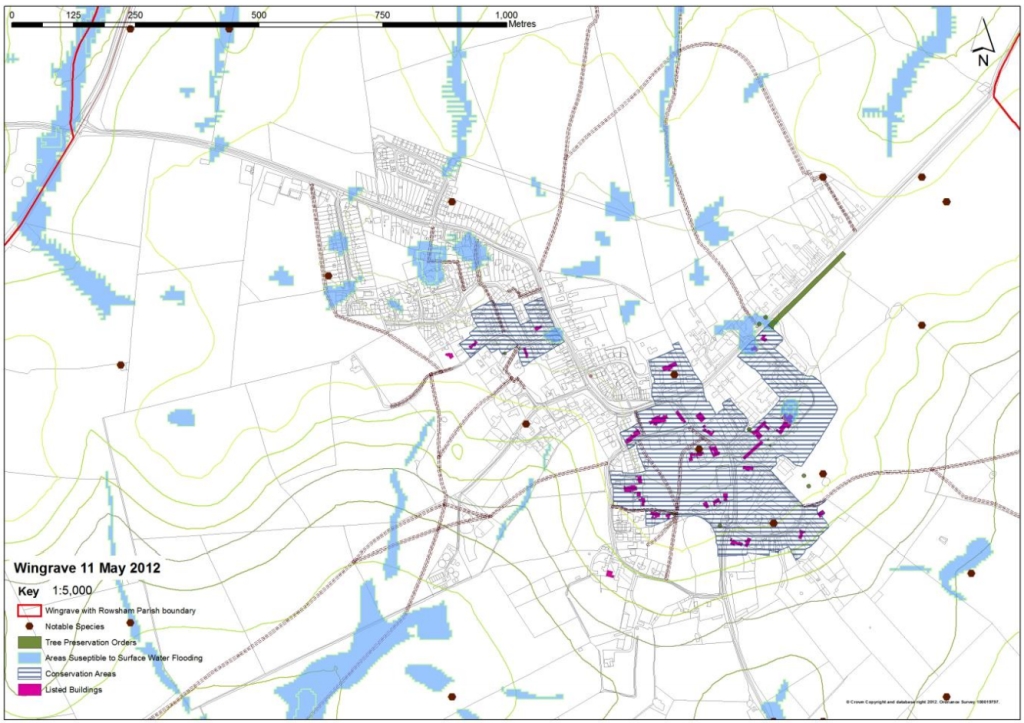 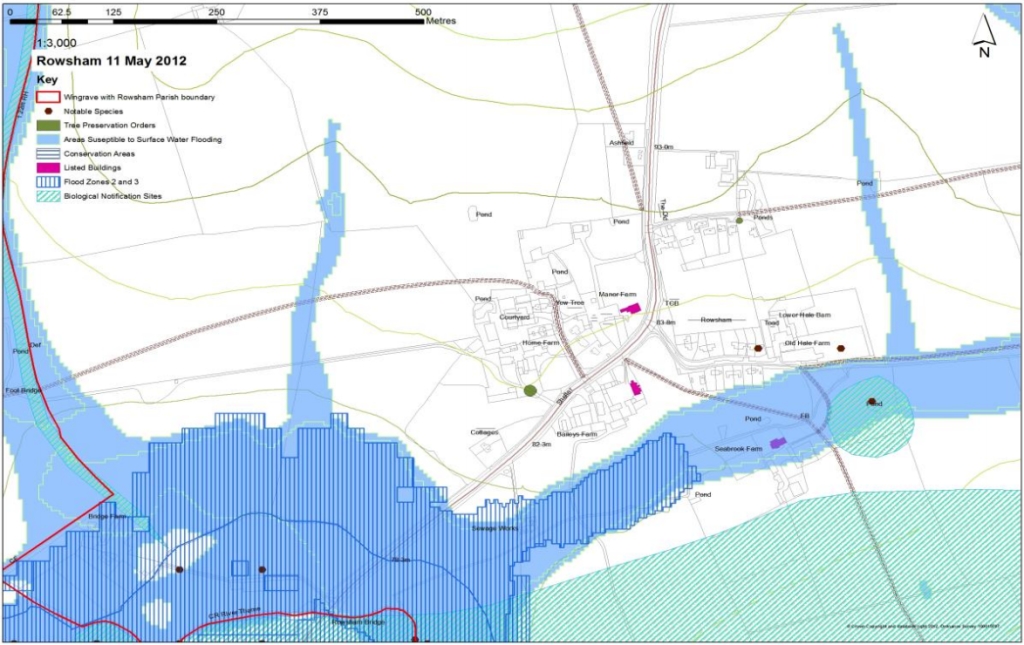 1.2 Process for the Community Plan

This Community Plan has been completed in response to the Government Localism Initiative and to update the previous Parish Plan, which was completed in 2004. The Plan sets out the vision that the Parish community has for its future over the next 20 years including whether the community believes the Parish can and should accommodate further development. The plan also sets the tone for the Neighbourhood Plan that is currently being considered by the Parish Council and which would provide the context for any development that would be considered by AVDC within the Parish.

The Community Plan has been prepared by the Localism Group on behalf of Wingrave with Rowsham Parish Council. The Localism Group constitutes 10 Parish residents and has been assisted by a much wider group of supporters in the various tasks of gathering opinion and evidence.

The Plan has been based on a detailed and thorough process of consultation across the Parish. This started with two open day sessions in July 2011 where residents were asked what issues were most important to them. These responses were used as the basis of a detailed questionnaire, which covered the principal issues for the context of future development in the Parish of housing, business, amenities, utilities, transport and pedestrians, and the environment.

The questionnaire was delivered to each household and business in the Parish by volunteer helpers and every adult over 16 was encouraged to respond. The response was excellent with 602 questionnaires returned from 658 households. The findings of the questionnaire were presented and discussed at an open evening held in the MacIntyre School in November 2011 which was attended by approximately 100 people

The analysis and interpretation of the questionnaire responses have been the basis of this Community Plan, together with the ‘Fact Pack’ provided by AVDC in May 2011, which provides some essential data including census information.

The evidence from the questionnaire has also been used to inform Wingrave with Rowsham Parish Council, AVDC and Buckinghamshire County Council of residents’ opinions on crucial issues such as transport, pedestrian access and the provision and maintenance of amenities in the Parish.

The overall recommendation of this Plan is that some limited growth can and should be accommodated in the Parish, but that there is a desire to retain the village feel of each settlement.

The main recommendations in respect of future development activity are outlined in Section 8.

There are separate recommendations for Wingrave with Rowsham Parish Council, AVDC and Buckinghamshire County Council regarding the provision and maintenance of various amenities, roads and public services in the Parish. These have been included in Section 9.