Wingrave with Rowsham Parish is in the Quainton-Wing Area of Attractive Landscape (AAL). AAL`s demand a high level of protection but not as high a level as Areas of Outstanding Natural Beauty such as the Chilterns. The AVDC local plan (RA 8 – see Appendix One) states that:

“Development proposals in these areas should respect their landscape character. Development that adversely affects this character will not be permitted, unless appropriate mitigation measures can be secured. Where permission is granted the Council will impose conditions or seek planning obligations to ensure the mitigation of any harm caused to the landscape interest.”

The questionnaire asked whether there are there any open spaces in the Parish that should be protected or where special development rules should apply with the following responses: 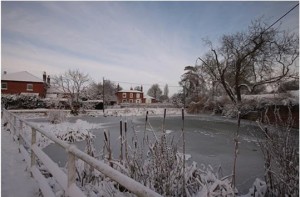 The above results show the most popular open spaces mentioned as being valued by residents of Wingrave with Rowsham. Within this question respondents were given the option to expand on why they valued the open space they nominated and what they thought should or could be done to protect, improve or maintain their value. The overriding theme of the responses was the value that residents from both villages place on the wildlife in the area and the views of, and access to, the open countryside. Most respondents spoke mostly of the maintenance of the areas, rather than change, citing the maintenance of hedge-rows, footpaths, and water courses as their greatest priority. 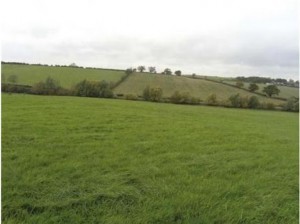 The responses from residents in Rowsham made clear that they particularly valued the open fields between the hamlet and surrounding villages.

Various areas are used for community-based activities. The Recreation Ground and Sports Field were featured in the amenities section and as such are regarded as valuable facilities in the Parish. The Knoll is also used annually for the Guy Fawkes bonfire and firework display, which is attended by many from the Parish.

Wingrave has 2 conservation areas covering 13.51 hectares and which were designated by AVDC in July 1980. The main part of the Conservation Area includes Wingrave’s recreation area, the church and Community Centre, with the other part encompassing Nup End Lane, as shown in the plan below:

The AVDC document describing Wingrave outlines particular features of the conservation areas including ‘fine views over the surrounding countryside towards the Chiltern escarpment….the imposing Church…..the War Memorial green,…. A fine row of chestnut trees (along Leighton Road)…..the former Manor House… the Rothschild houses and many fine red-brick farm buildings’. It notes that the focal points of the village are the pond, the Church, War Memorial green and recreation ground.

Conservation Areas are designated by the District Council to control development in areas of special character and historic or archaeological importance. AVDC’s current Local Plan states that:

“In Conservation Areas the Council will seek to preserve or enhance the special characteristics that led to the designation of the area. Proposals for development will not be permitted if they cause harm to the character or appearance of Conservation Areas, their settings, or any associated views of or from the Conservation Area.

Proposals for development or redevelopment must respect the historic layout, scale and form of buildings, street patterns, open spaces and natural features in the Conservation Area that contribute to its character and appearance.

Proposals for alterations, extensions and changes of use must respect and complement the character, materials and design details of the structure and site concerned and its neighbours.”

The Parish Plan of 2004 recommended that the two existing Conservation Areas in Wingrave should be combined and extended ‘taking into account the maturing of later developments and of the need to protect open spaces as well as the surroundings of listed buildings’. It also stated that ‘The approaches to the village are of great importance to its character and the new area is therefore extended to include the whole of Leighton Road with its variety of old and new buildings and the important line of mature trees on its south side. Also included are the open fields between Castle Street and Church Street, and to the south of Moat Lane.  These are important for outward views from the village and need to be protected from development.’

The questionnaire asked whether the current Conservation Areas should be extended in any way with the following response:

Respondents were asked to give their views on how the Conservation Area in Wingrave should be protected. The majority wanted to restrict new building and protect the character of the area by stronger enforcement of the current planning laws.

Respondents were asked if they would like to see a conservation area in Rowsham, and if so where?

The main support was for a conservation area in Brewhouse Lane.

All of the Open Spaces mentioned in the questionnaire responses are essential to preserve the quality of the environment in the Parish and to retain the sense of both Wingrave and Rowsham as villages and not as satellite urban environments. The Neighbourhood Plans should have regard to the areas mentioned and implement controls to ensure they are protected in the long-term from development activity.

The extension of the conservation areas would provide added protection to valued open spaces, visual amenities and views from the village. However, the questionnaire responses demonstrated caution in Wingrave about the potential extension, which may be due to a concern that alterations to existing houses will be limited rather than a reluctance to prohibit further new development. It is therefore recommended that the Parish Council obtains further clarity from AVDC on the proposed extension to the conservation areas and the controls and restrictions that would apply to current dwellings and that further consultation is made with Parish residents during the Neighbourhood Plan process.