As part of the planning process, the developers of each of our three new developments have contributed funds for improving the provision of sports and leisure facilities in the parish. The wording of the planning agreement (sometimes called the “S106 agreement”) says that these funds could be spent on various options at Wingrave Park (west of Chiltern Road), Twelve Leys Green (the open space on the corner of Twelve Leys and Anershall), Wingrave Recreation Ground (the open space between Church Street and Moat Lane) and The Green Wingrave (where the war memorial is, opposite the garage).

We want to make sure these funds are spent in the best possible way for the parish, so we’re really keen to hear parishioners’ views on what is needed. The first step in collecting these views was having a stall at the fete, where feedback forms were available to fill in, and councillors around to have a chat. Thank you to everyone who took the time to give us their thoughts, it was great to see so much interest. The word cloud above shows a few of the ideas that were mentioned.

Don’t worry – this won’t be the only opportunity to give your opinion. We’ll be using the results of the feedback from the fete to put together a more detailed questionnaire, which will be available online and in the Communique in the coming months. 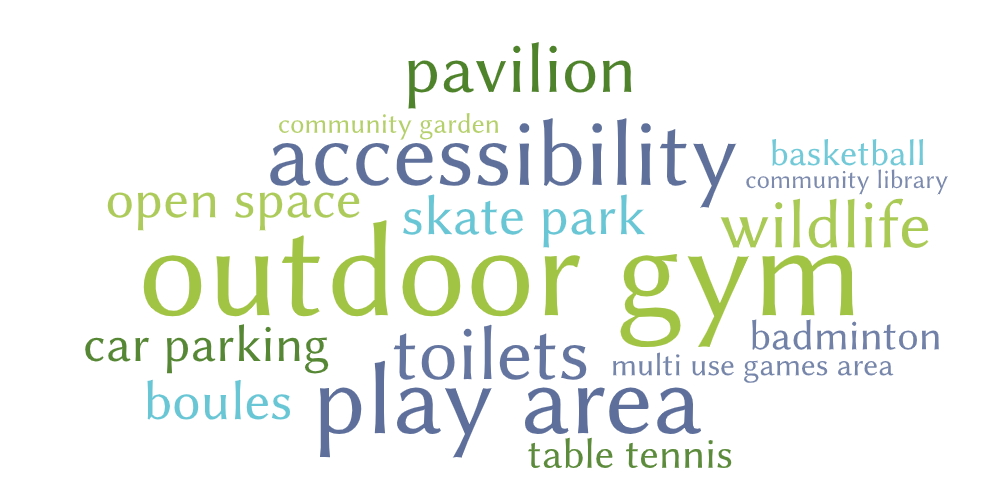 We had 243 responses to the Sports and Leisure in Wingrave with Rowsham questionnaire – thank you very much to everyone who took part. The first graph below shows the age ranges of adult respondents compared with the population age distribution (we haven’t shown...

It was great to see 33 people at the launch of this group, hosted by Wingrave with Rowsham Parish Council, which aims to protect and enhance the natural environment of the village and surrounding countryside for the benefit of wildlife, and the enjoyment and well...